Are Most High-Performance Cars Automatic? 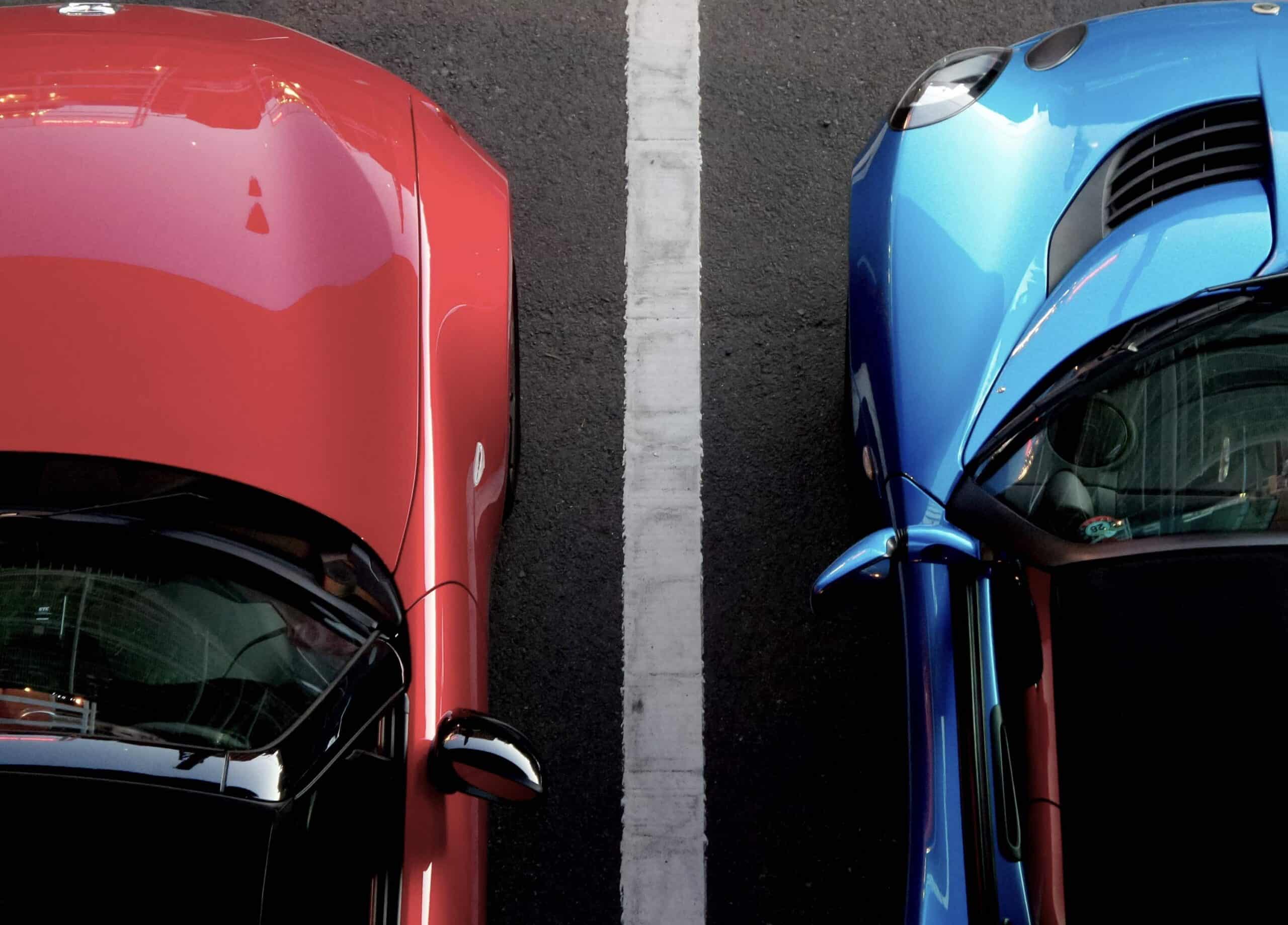 Audi S6/S8, Lexus ISF, BMW M5/550i, Porsche Panamera, to name but a few are some sports cars with automatic transmission. A lot of people have come to wonder why most high-performance and high-horsepower sports cars of this nature are automatic only since there are two basic types of transmission. A wave of confusion has also been stirred among car enthusiasts whether they should buy a manual car or they are better off with an automatic which seems to be trending these days.

Nonetheless, we’ll be outlining the differences between manual and automatic cars and why the latter has become prevalent of late whereas the former has been abandoned and may soon become extinct in the auto industry. Reports, for instance, reveal that as of 2013, 3.9 percent of new cars sold in the U.S in 2013 featured manual transmissions while 67 percent of 2013 model-year cars were released with automatic transmissions.

Why Most High-Performance Cars Automatic

Unarguably, most high-performance cars, sleek rides, sports cars, call it whatever you want are automatic only. The statement above holds true when one considers some of the best sports cars with automatic transmissions outlined below:

Some of the reasons for the popularity of automatic cars include:

A number of people who are willing to dish out as high as $100,000 for a car want it to be the fastest and best in design. They are less concerned if it has a manual or automatic transmission as long as it can answer both needs. Potential buyers may also vote that they prefer two pedals instead of having to deal with three since it can get complicated or lead to a waste of time having to switch between gears while in stop-and-go traffic.

On the contrary, several sport enthusiasts have voiced their opinion that they’ll rather have a manual car even though these are the same class of people who are less willing to buy a brand new car. They’ll rather buy a fairly used car knowing fully well that in the next four years, the AMG they had settled for would’ve been less in trend. As a consequence, there are more people willing to dish out thousands of dollars for it in comparison to only a dozen buyers who are willing to buy a brand new stick-shift car.

When it comes to automatics, all a manufacturer has to worry about is how fast to make the car in question.

The likes of Lexus first paraded a car that could switch gears within 10 milliseconds before it was narrowed down to 5 milliseconds. These days, Lexus claims its car can offer something close if not comparable to lightning strikes, or hummingbird wing flaps. If one considers this, it answers the need of the first class of users for something speedy which in this case, is wrapped up in an automatic design.

Asides Lexus, Ferrari, Porsche, Lamborghini, and McLaren have all taken a liking to automatic transmissions and as such, you’ll find their latest cars featuring it instead of a stick-shift.

As a result, manufacturers of cars have targeted the first class of users since it is less expensive (in some cases) to design an automatic car in the first place while also coming with a promise of offering a faster ride.

The Role of a Transmission

If you’re going to move your car from one point to the other, then you’ll most likely want to switch between gears which are a capability provided by the car’s transmission.

The transmission, in this case, is an oil-filled gearbox that consists of parts such as gears, bearings, and shafts. The gears determine the range of speed which the vehicle can move while the shaft transfers the power from the engine to the wheels. Note that there are various gears and each has a specific ratio which it can operate. The lower gears, for example, increase the available power and reduce the speed while the higher gears reduce the power but increase the speed. As a result of this varying gear ratio, the wheels do not function at the same speed as the engine, and power and speed are also evenly distributed efficiently.

The two main types of transmissions you’ll find in cars are manual and automatic transmissions. The major difference between automatic and manual transmission is the method that is used to switch between gears. In the case of automatics, the car changes its gear when you shift while manual cars allow you to shift between gears with the help of a clutch and gas pedals.

Nevertheless, both modes of transmissions help to transfer the engine’s power to the drive axle even though each takes a different approach to achieve the feat. Check it out:

Let’s say you were born in the 19th century, then you’ll agree that a majority of cars back then had a manual transmission also known as a stick shift. What was prevalent at that time, is a shift lever that is vertically placed in the car’s center console and connected to the transmission which enables the gear to be changed The change in gear allows the speed of the car to be manually controlled and as such, the driver can determine how fast or slow the car is at any point in time.

As the name implies, most of the work has already been done on your behalf with Automatics. Prior to this time, owning a car of this nature was considered a luxury which is no longer the case in 2019 since a number of entry-level cars also feature an automatic transmission. That aside, two types of automatic transmissions have been provided and these are the traditional automatic and dual-clutch automatic. A traditional automatic has its transmission connected to the car’s engine through the hydraulic torque converter.

On the contrary, the dual-clutch automatic uses a pair of clutches to change gears even without the driver manually inputting it. The cars ability to switch gears can be attributed to the monitoring of the speed of the car, the engine’s revolution, and the throttle pedal’s position. Despite this, there are still automatic cars that enable a manual shifting of gear with the use of a shift lever that is located behind the steering’s wheel.

Which Type of Transmission Best Suits Your Needs?

In this section, we’ll be comparing the manual and automatic transmission side by side to show you that where one fails, the other makes up for it.

A manual transmission comes with the promise of giving you greater control over your car since you can manipulate it in several ways as you deem fit. You can downshift, slowdown, or even stop your car and there’s this perception that they allow more of the engine’s power to be transmitted to the drive wheels and it could do a lot of good in terms of faster acceleration.

Alternatively, you can be more focused on the road with an automatic transmission that does most of the work for you. You’re also less likely to get fatigued easily if you’re in traffic that tends to move, slow, stop and cycle again.

A manual car will definitely be cheaper in comparison to an automatic ride and the cost of maintaining it will be lesser since its technology is less complex. But keep in mind that you may still have to replace the clutch occasionally which costs a couple of dollars to do so.

On the contrary, an automatic car that is easier and more comfortable to drive still comes with a higher cost of maintenance. Featuring more advanced technology and machinery will need a great level of expertise to be fixed if there’s ever a need for it and an extra cost.

Those who are willing to choose an automatic car over a manual one have pinpointed it to its ease of usage. While operating a car with a manual transmission is easy, it is easier to maneuver one with an automatic transmission since your limbs do not have to grow accustomed to using the gear and clutch.

There’s also a certain level of difficulty posed to less experienced drivers while navigating steep inclines. The latter may be the least of your worry with an automatic car since you can conveniently go up and down a hill.

Your Need for Speed

In terms of speed, an automatic car is a clear winner since the dual-clutch automatic gearbox, for instance, can switch between gears in a matter of milliseconds. If you were going to use your hand to do this manually, then it’ll take at least 3 seconds if not more to get the desired gear in place. Therefore, a computer program embedded in automatics can be considerably faster than the movement of a human.

For more efficiency and performance, a number of automatic cars released of late feature six (2014 Ford Focus automatic version) to eight-speed transmissions which is an advancement from the four-speed automatics which were prevalent a few years ago. Consequently, the higher the number of gears, then the better the acceleration and optimized fuel consumption.

Now that you know the differences between both, you can now make a decision if you should get a manual car or try a car such as the Ferrari with an automatic transmission

Manual cars may have gained popularity a century ago, but the ever-changing trends in technology are moving to the automatic realm where things are done more easily, efficiently, and faster in order to boost the level of performance and people’s productivity. If you were torn between the decision of settling for a manual or automatic car, that should be a thing of the past after taking a closer look at our manual vs automatic transmission systems for cars.