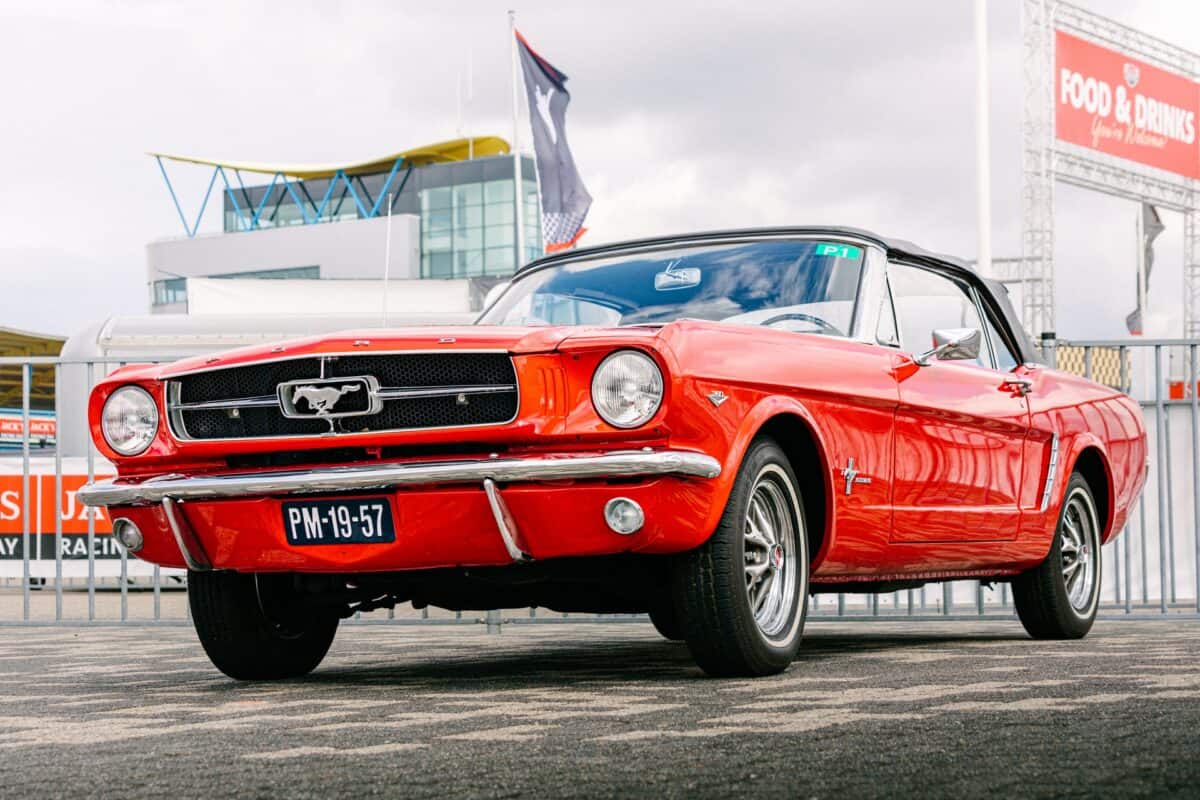 Today, you are going to learn more about the magnificent Ford 4R70W transmissions, why they may be the ideal fit for your car, and also get to know the top 5 Ford vehicles that used the 4R70W transmission for better performance.

The 4R70W is no doubt one of the highly patronized and popular transmissions made by Ford. This transmission is a reviewed version of Ford’s AODE that was launched in 1993.

And ever since then, it has been widely used in a number of vehicles manufactured by Ford. That being said, the customized and revised version of this celebrated transmission is now commonly offered by different transmission manufacturers.

Subsequently, AODE was redesigned again in 1993, and this gave birth to the Ford 4R70W transmission with its enhanced strength, heavy-duty performance, take-off acceleration, powerful gear set as well as lower (first and second) gear ratios.

Without further ado, Ford used this powerful transmission in some of its cars before the company again revised the transmission design in 2004.

The Top 5 Vehicles That Used the Ford 4R70W Transmissions

Below are, however, the top five and the most popular Ford vehicles that used the 4R70w transmission for better acceleration and more:

The Lincoln Mark VIII is arguably one of the first set of Ford cars to use the magnificent auto 4R70W transmission. And such is the reason why the car’s engine is one to beat till today.

This vehicle was first launched as Lincoln Mark VIII, and the name lasted for years as one of the fantastic vehicles in the automobile industry.

In addition, the 2-door coupe of Lincoln Mark VIII was initially launched in 1992 before it received a facelift a few years after. If there’s anything that would surprise you in this car, it is its gas mileage and standard engine performance.

More so, the recent version of this Lincoln Mark VIII Ford car has had an improved 4R70w transmission which enhanced its reliability and durability.

However, the company, in 1998, had discontinued producing Lincoln Mark VIII, with Lincoln LS enjoying all of its attributes now.

The Ford Expedition is another vehicle using the auto 4R70W transmission for its accelerated enhancement, gear ratio, strength, and general performance.

This Ford Expedition model was launched in 1996, and it is an SUV brand from the Ford company. This powerful car is designed similar to the Ford F-150 pickup, and it has several components that are alike.

In the same vein, the Ford Expedition underwent a major facelift sometime around 2003, and its auto 4R70W transmission component gained an improved version with control software.

This control software was specifically designed to ensure that the 4R70W transmission can have an automatic and better understanding of the towing requirements.

And last, the vehicle also makes use of an innovative device or computer logic designed in a manner to understand certain changes in road conditions.

Talking about the most popular vehicles manufactured by Ford, Mustang cannot be left unmentioned. It’s one of the grand touring luxury vehicles in those days.

The Ford Mustang came into lime-light in 1965, and it has since then witnessed several versions. The 6th generation of this Mustang, being a sports car for racing, is widely known for drag racing and stock car racing all over the world.

However, it was the 3rd and 4th versions of the Ford Mustang that came with the 4R70W transmission before it was subsequently replaced with Ford’s Tremec (T5) transmission in 2005 during the 5th generation production.

By and large, the present and available version, which is the 6th generation of the Ford Mustang, uses either the automatic Gretratag transmission or Ford’s 6-speed manual.

The Ford Crown Victoria was launched as a Sedan in 1992 by the Ford company, and the model was introduced as a luxury trim with a specific version of the half-vinyl roof.

When readers of certain ages hear Ford Crown Victoria, the first thing to come to mind is the mid-50s Cop cars. This vehicle is no doubt one of the most popular cars in those days.

The sedan made use of the Ford Panther platform, and almost all of its powertrain components and suspension were similar to Lincoln Town Car and Mercury Grand Marquis.

Specifically, this Sedan Victoria Crown was one of Ford’s first set of cars to use the AOD transmission prior to the launching of AODE transmission in the year 1993.

The Ford Victoria Crown of 1995 models had the AODE transmission too before it was subsequently replaced by the powerful 4R70W for better performance.

Last on the list of the top Ford vehicles that used the 4R70W transmission for better performance is the Lincoln Town car.

The car was manufactured and marketed by the Lincoln branch of Ford in 1981, and the production was ongoing not until 2011. Before its production was discontinued, Lincoln Town vehicle was one of Ford’s best-selling in the U.S. and Canada.

During the early stage of its production, the Lincoln Town car used the Ford’s AODE transmission before it was later replaced with 4R70W transmission for heavy-duty in 1998.

In 2002, the car also underwent a facelift when it graduated from the low gear 4R70W transmission to the latest and updated version of the 4R75W transmission.

At this juncture, you must know that the 4R70W transmission has over the years gained a positive reputation for itself as a result of its low gear ratios, heavy-duty performance, user-friendly budget price point, and more.

Several numbers of transmission manufacturing companies now offer the 4R70W to their prospective buyers that are willing to handle huge amounts of horsepower and torque manufactured by Ford engines.

Though not limited to the mentioned 5, the above discussed are the top 5 Ford vehicles that used the 4R70W transmission for better acceleration and heavy-duty performance.