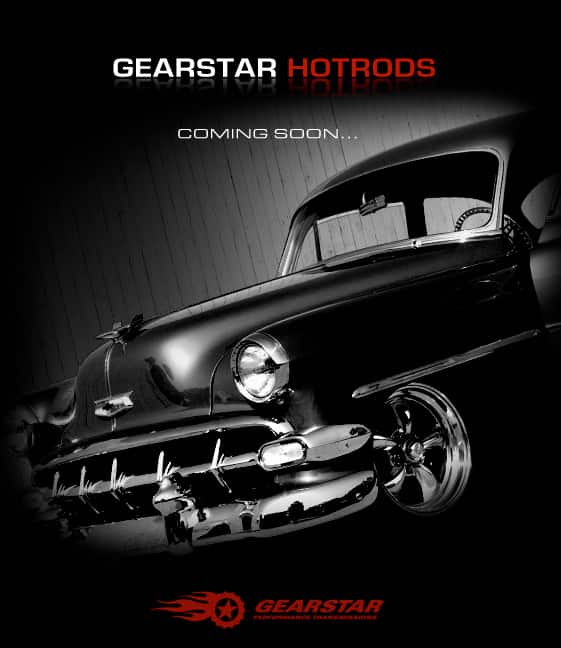 In 1957 Chevrolet sales brochure offered six different versions of it’s “handy dandy” station wagons, including the “beauty queen of all station wagons, the dream car come true, the sports model Nomad.” The concept for the Nomad wagon originated with GM’s chief designer Harley Earl as a Corvette dream car that debuted in 1954 at Motorama. Public acceptance of the Nomad was so strong that Earl rushed the Nomad into production as a top-of-the-line 1955 Bel Air station wagon.

If Earl were alive today we’d bet not in his wildest dreams could he imagine a 1957 Chevy Nomad as intensely detailed yet plain Jane as the one Woody’s Hot Rodz created for Steve McCullough of Kenton, Ohio.

The outset of Steve and his 1957 Nomad began with a car he bought for $12,000 and decided to customize to his liking, but things didn’t go quite as Steve would have preferred. The first shop must have misheard Steve to say store instead of restore because the 1957 wagon sat idle and untouched until it was clear the Nomad needed to be moved to another shop. The second shop ordered an Art Morrison chassis and went gung-ho, cutting out large rusted body panels and then letting it languish under a tarp. Needless to say once again it was time to pack up all the 1957’s new parts and old remains and find another place to do business. The third time was almost a charm. The 1957 Nomad was now at a one-man shop where things progressed at an impressive rate with excellent results until sadly one day the solo shop owner died.

It turned out the fourth time was a charm. Steve decided he was going to do some serious research before commissioning the next shop to build the car that was fast becoming an albatross around his neck. A search through the pages of STREET RODDER led to an article on George Poteet’s 1957 Chevy built as a modern-day tribute to the Black Widow by Woody’s Hot Rodz in Bright, Indiana. The “Black Widow” was Chevrolet’s purpose-built race car for 1957 founded on a base model 150 two-door sedan. It was the absolute starkness of a factory-stripped 150 model Chris Sondles and his crew at Woody’s combined with a street rodder style ultra-clean look for Poteet that Steve admired. Faster than one could count to three the two had dreamt up the question, “What would a Nomad look like if Chevrolet had offered a plain Jane base model 150 Nomad?” From Sondles and Steve’s concept collaboration the idea progressed into commissioning automotive artist Eric Brockmeyer to create a rendering. 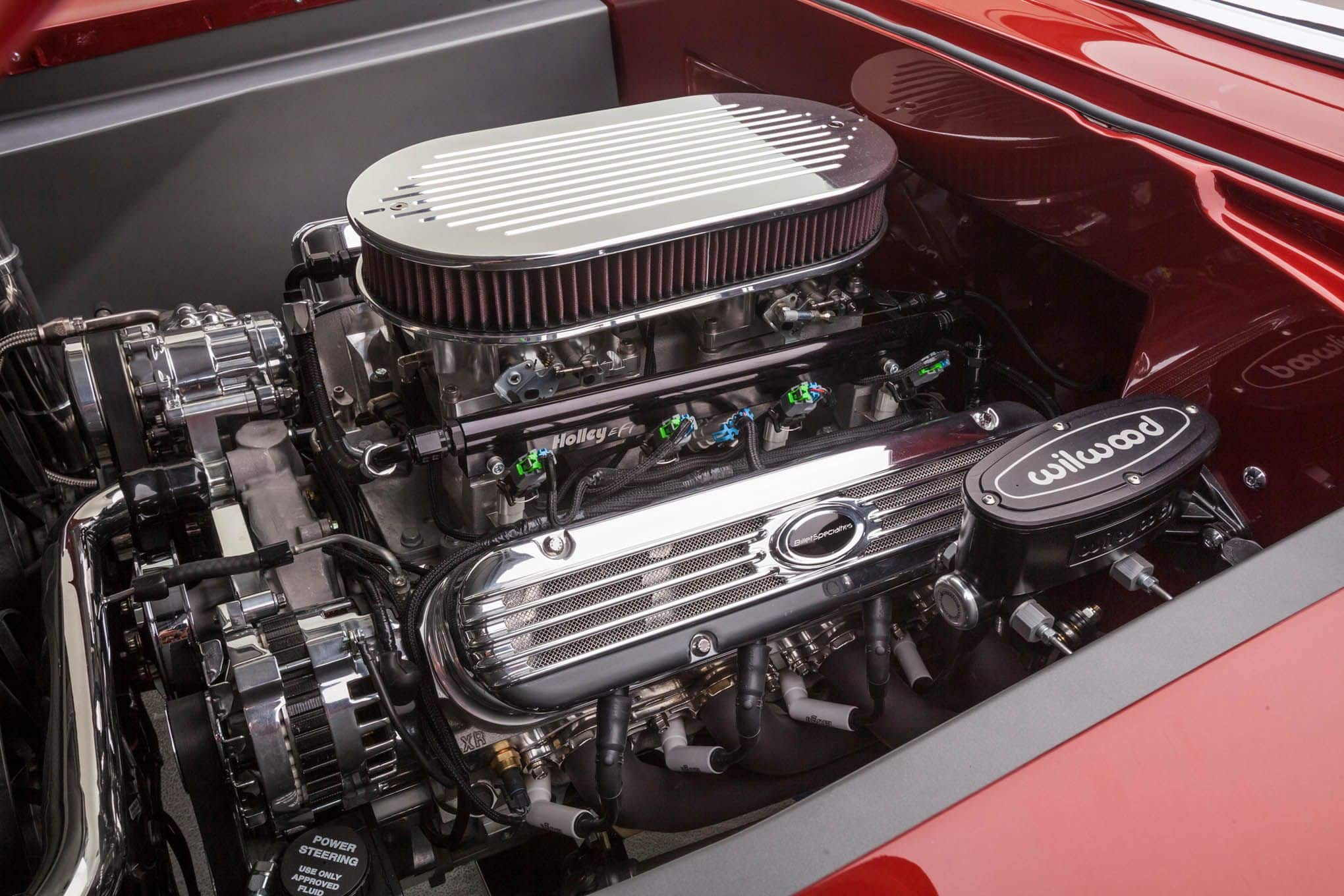 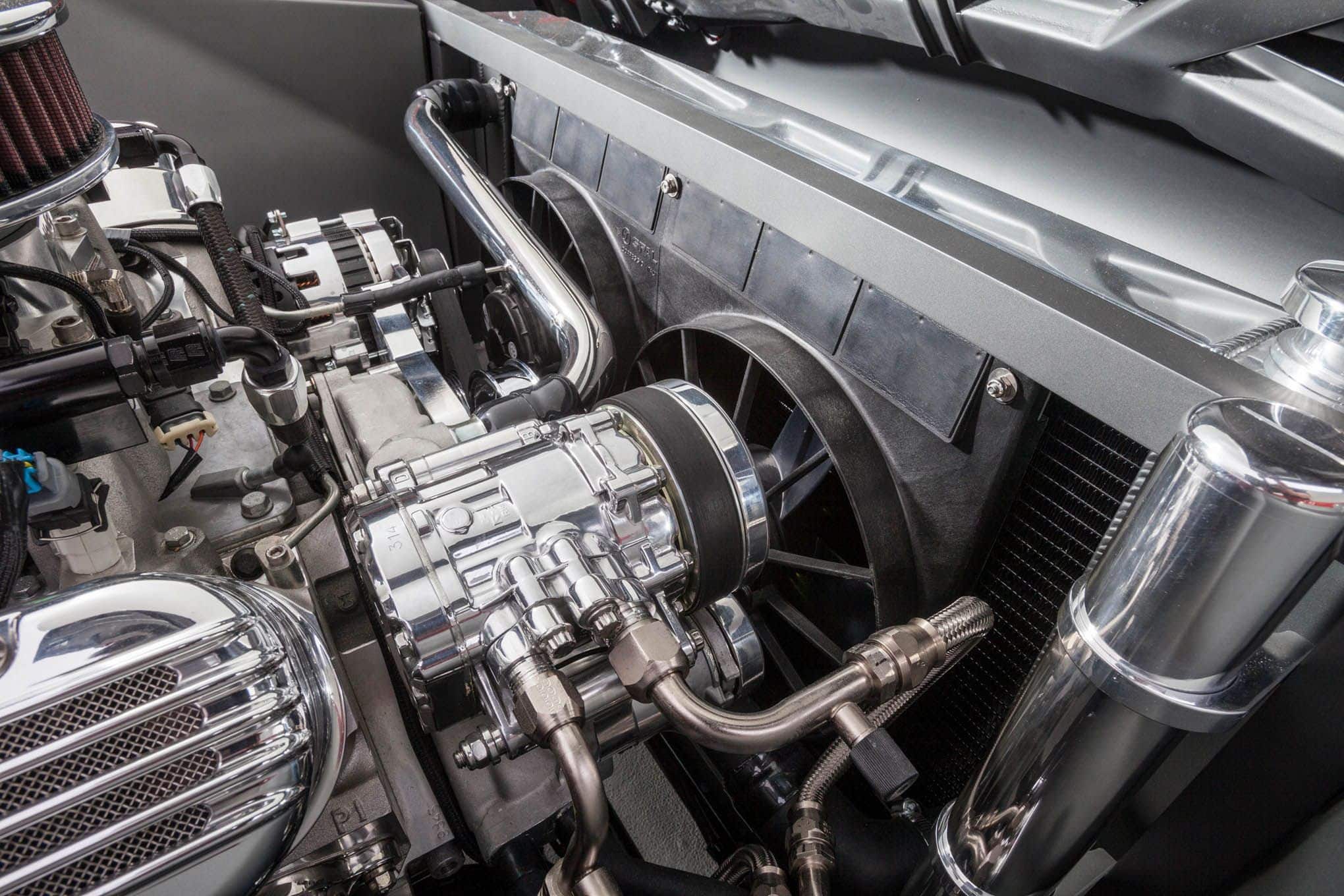 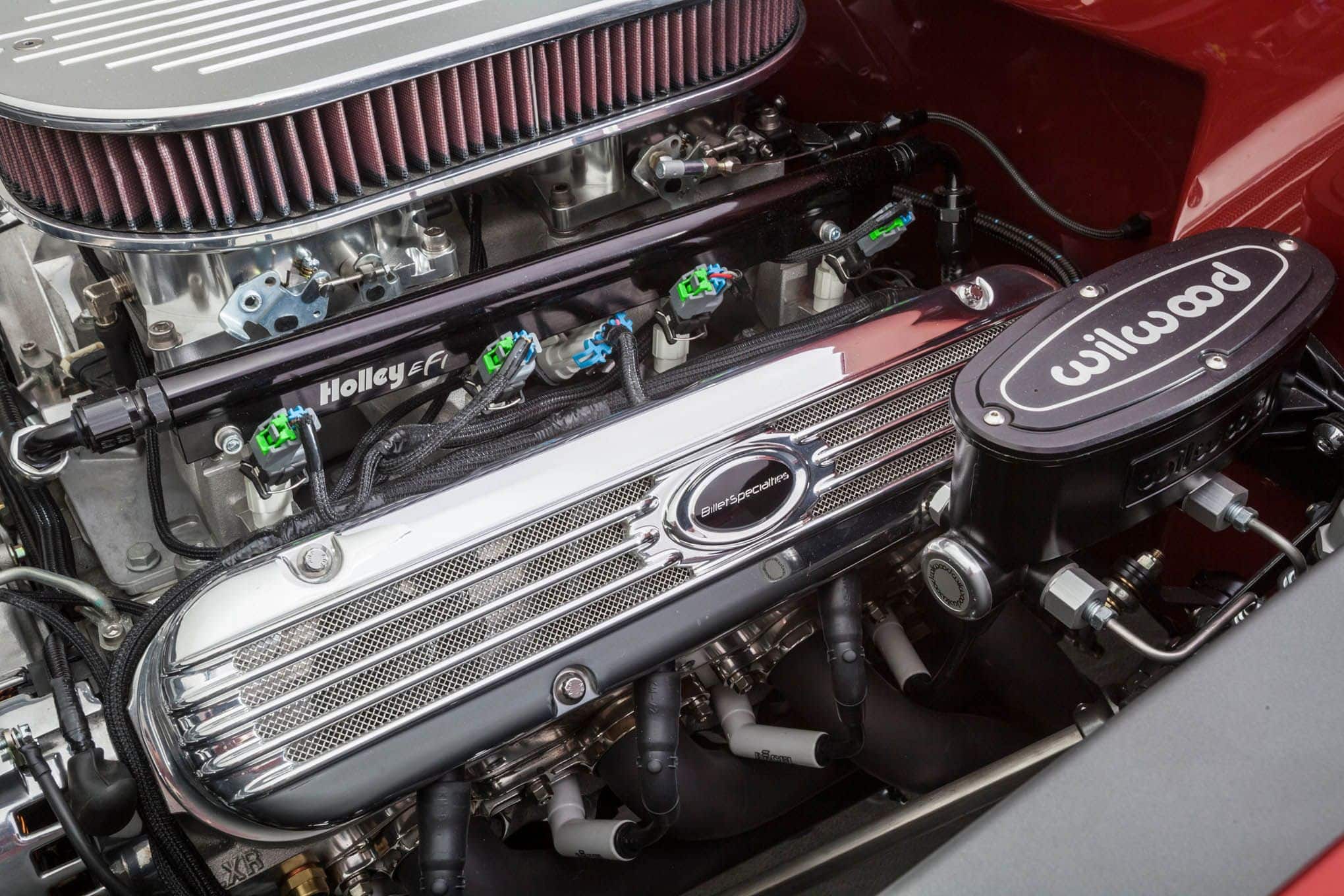 Describing the countless details; Woody’s body man and assembler Chris Baldwin helped transform Steve’s 1957 Nomad into an over-the-top show car, beginning at the front fenders with 1958 Chevy gills formed into place matching the angle of the B-pillars. Move to the forward tilting hood by Dane Heninger and you’ll find the hood rockets have been lowered and custom stretched pockets made. In front below shaved hood emblems the grille surround (mustache) Chevrolet designers attached to lift with the hood Woody’s fabricated a one-piece grille surround that, combined with Danchuk’s one-piece smoothie front bumper, forms an Oldsmobile-style mouth. A glance down each side of the 1957’s quarter-panels reveals 150 trim has replaced the aluminum Bel Air side panel inserts giving the Nomad its 150 identity. 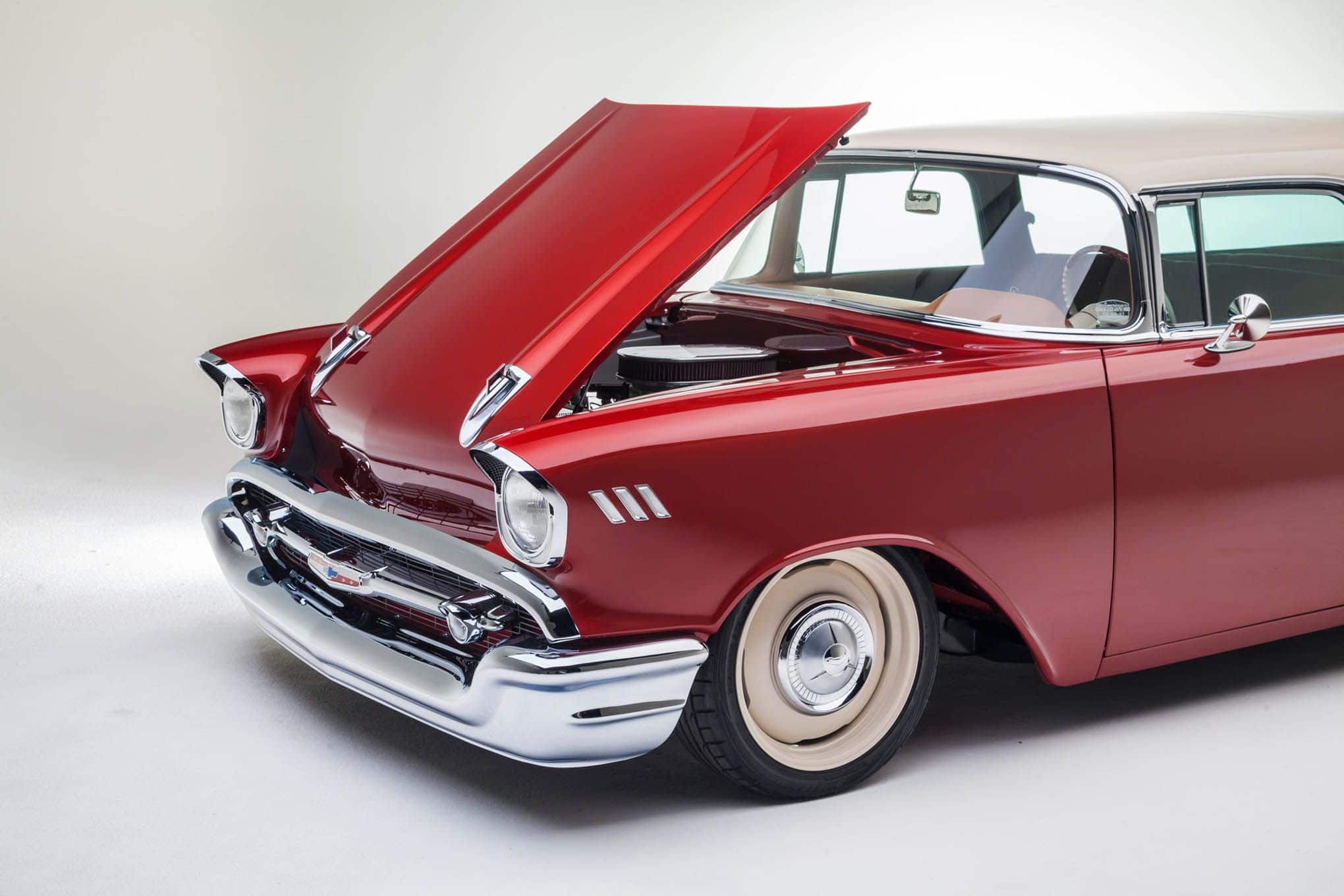 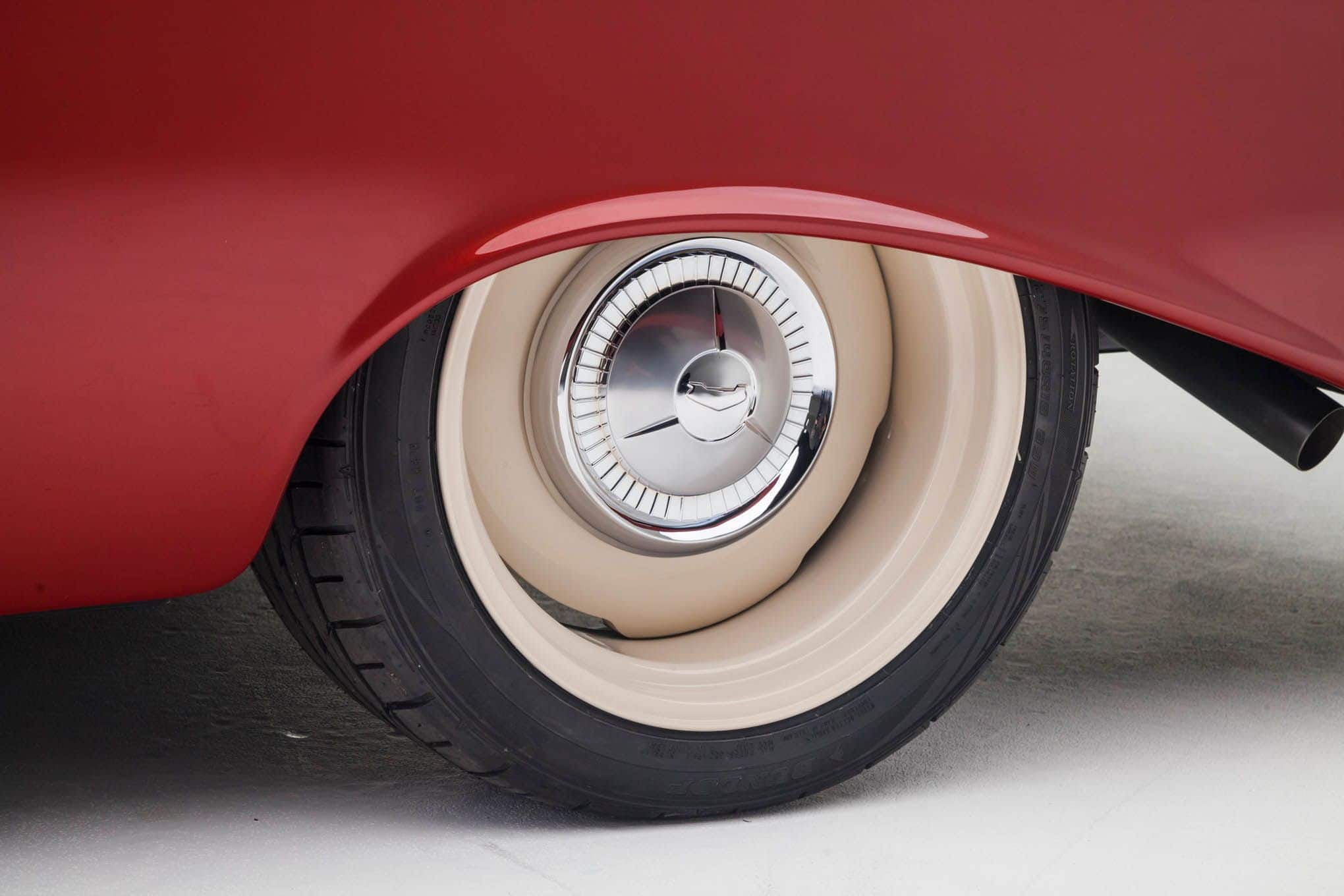 In the rear Dane fabricated a one-piece structure to convert the two-piece tailgate into a sedan delivery style one-piece unit. Further rear body modifications included continuing the driprail to eliminate rainwater leaking in, and frenching the license plate into a sedan rear bumper. Steve and his crew at Advanced Plating in Nashville, Tennessee, plated every bit of the incredibly nice chrome work on the Nomad. With the exception of chrome plating everything on the Nomad Woody’s did in-house. Woody’s painter Brian Graber two-toned the car in PPG Adobe Beige on the roof, and Orange U Tempted metallic on the body. 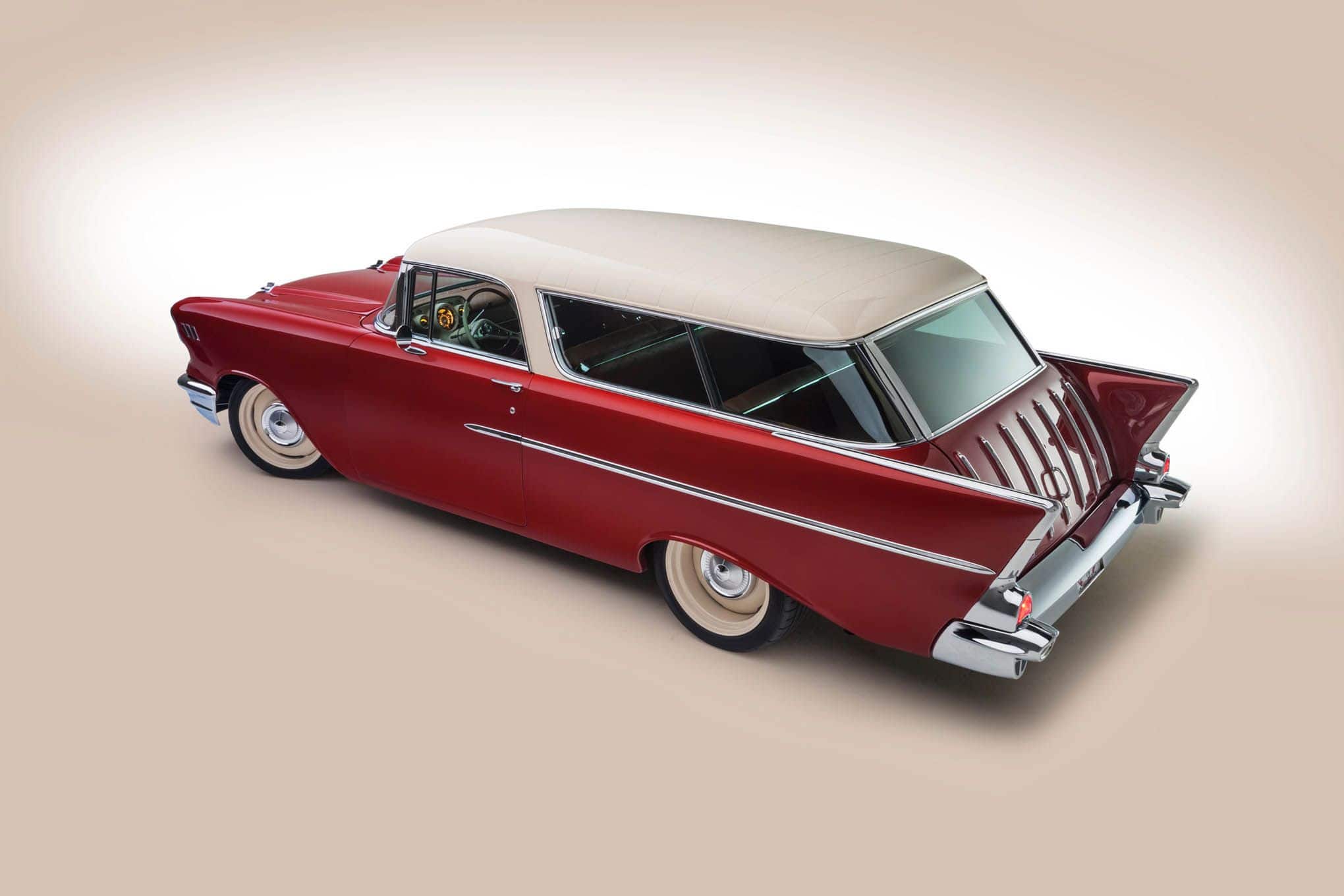 As economically as the embellishments were adorned to create the Nomad’s exterior look of a 150 trim level the interior was treated to full on luxury. A custom front bench seat was made to look like a pair of ’64 Impala bucket seats by sacrificing three four door bench seat frames to fabricate one custom frame. Woody’s general manager and master upholsterer Matt Baldwin trimmed the Nomad’s custom interior with 1957 Bel Air Jacquard-loomed pattern cloth inserts in Charcoal and top grain leather in Russet throughout. Wall-to-wall Daytona bronze carpet covers a full Dynamat treatment. Bud Kocher of Specialty Automotive wired the 1957 with an American Autowire harness, and Mike Haberthier was responsible for a boatload of specialized assembly work during the course of the Nomad’s build. 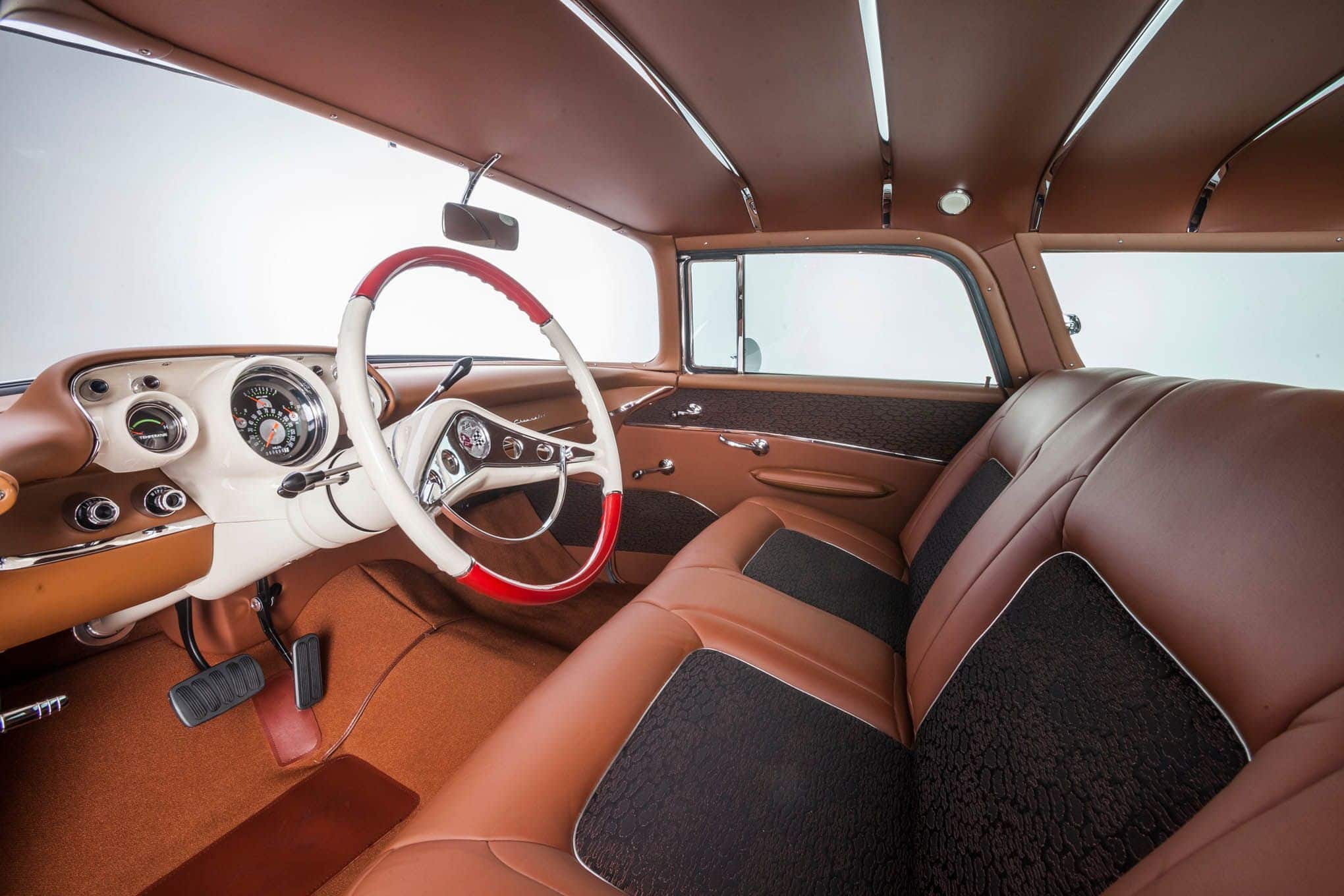 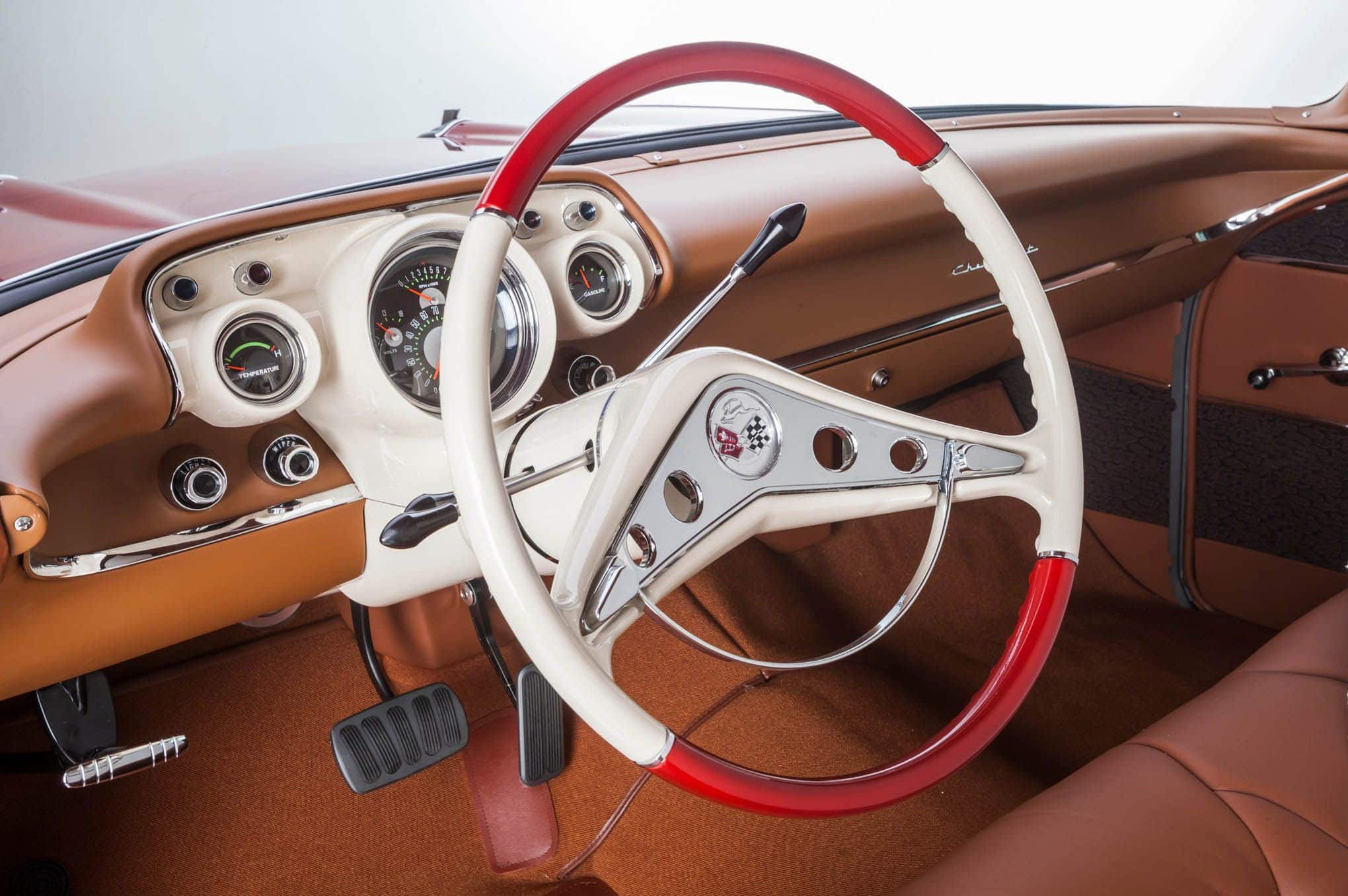 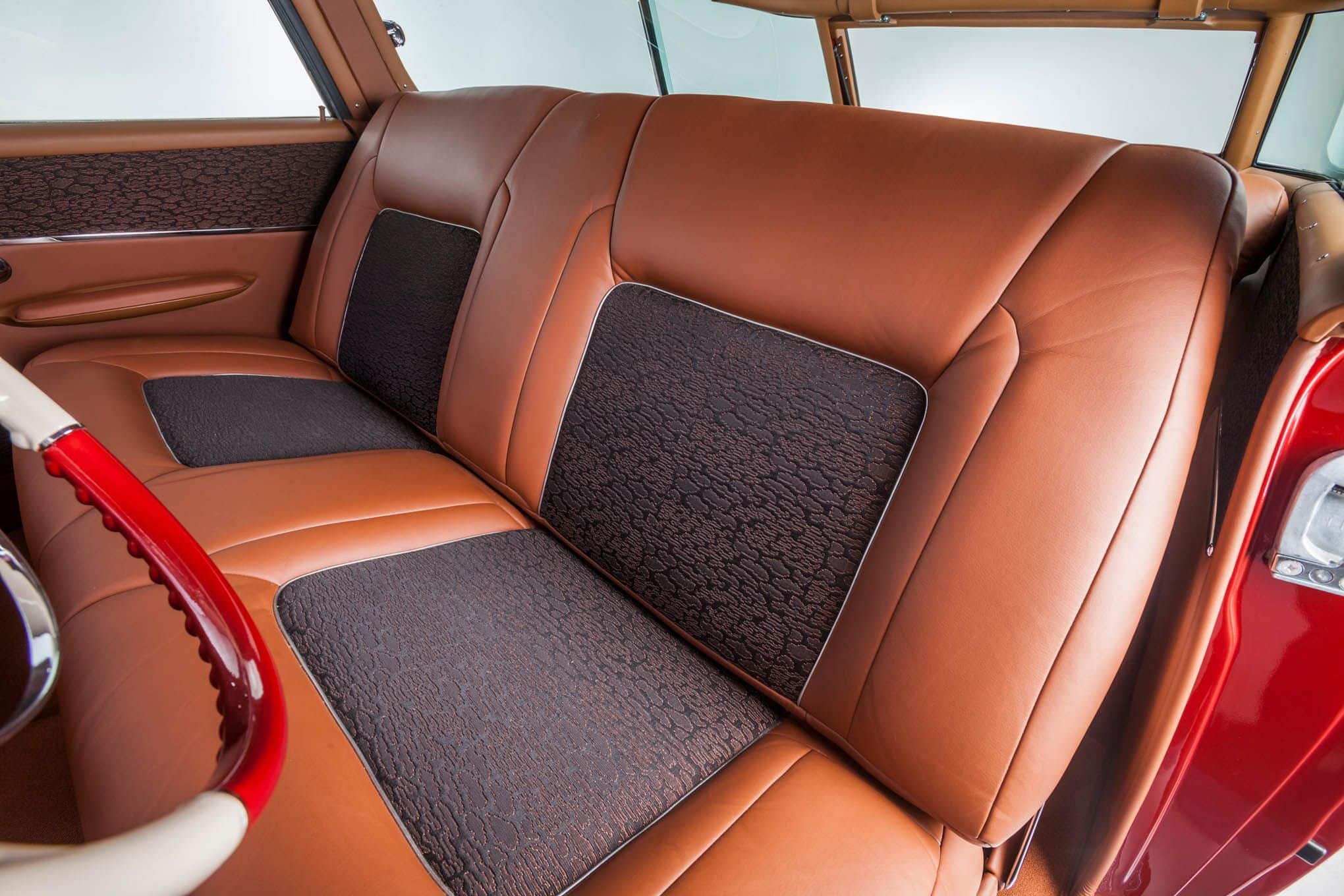 We asked Steve what his plans were for the Nomad and he said after a year of touring nationwide on the car show circuit he’s going to pile in both of his dogs and run the wheels off the car driving to California.