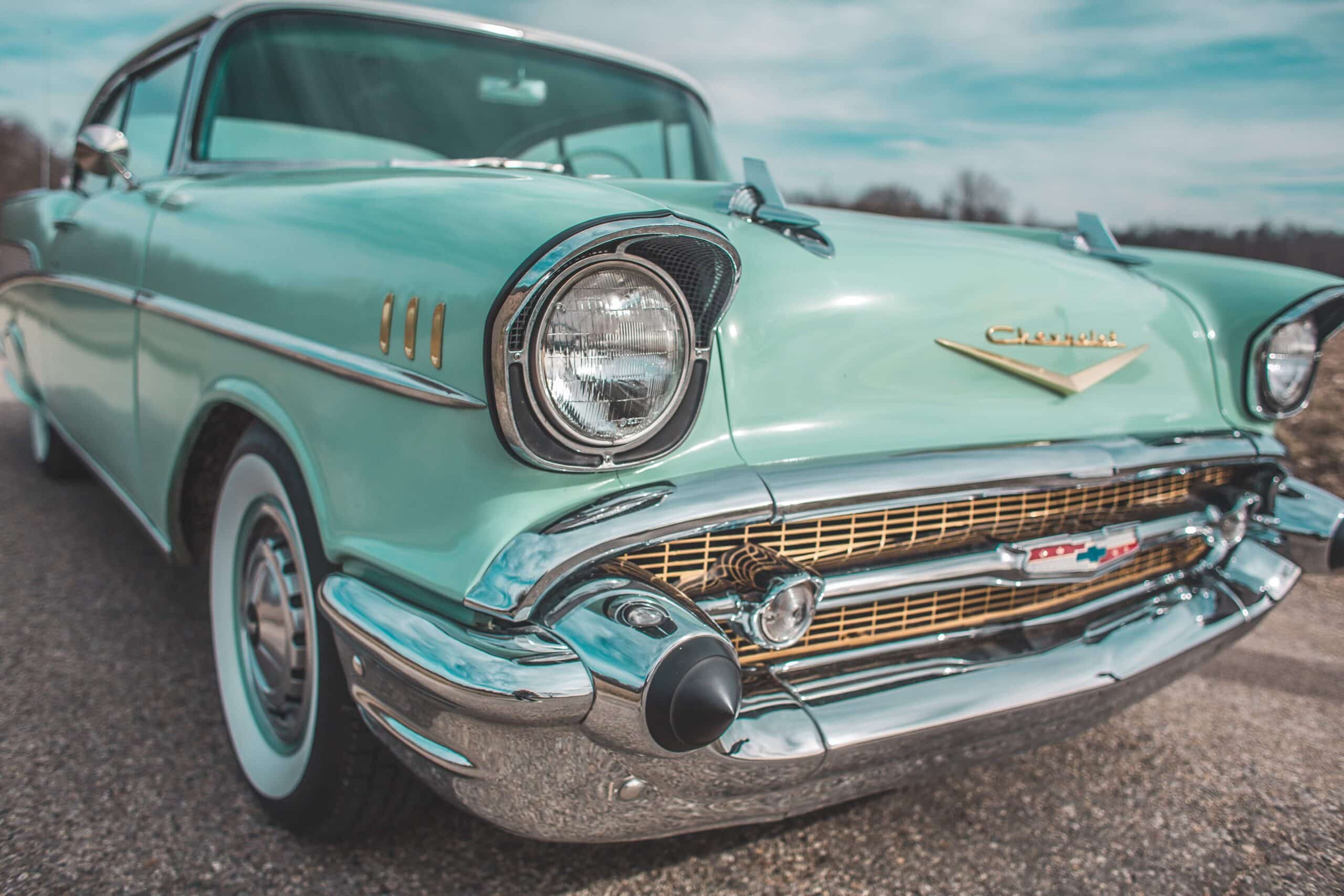 The 4L65E transmission is built for Chevrolet, as an improved iteration of the 4L60E, and a successor to the 700R4. Unlike its predecessors, the 4L60E and later 4L65E is an electronic automatic transmission, with a five-pinion gearset, overdrive, and a stock torque limit of about 380 ft.-lbs. torque.

With some elbow grease, the right aftermarket parts and a good deal of experience with GM transmissions, a dedicated and qualified specialist can turn the 4L65E into a workhorse of a transmission, with a total 650 horsepower and matching 650 ft.-lbs. of torque. The 4L65E is ideal for such a high amount of torque, as its five-pinion design, 3-4 clutch and improved hydraulic fluid capacity make it a clear winner over the 4L60E for heavier builds with more required power.

But it takes more than that to justify buying a 4L65E over another transmission, or even figuring out which one you’ve currently got in your own Chevy. From the Turbo-Hydramatic 700R4, to the 4L60E, the 4L65E, and more recent 4L70E, GM has come up with several different ways to refine the design of the old-time classic TH350. However, as similar as these transmissions might be, they each come with different gear ratios, valve bodies, torque converters, and more. Some are interchangeable – others aren’t.

History of the GM 4L65E Transmission

The history of the 4L65E goes as far back as the 1960s, when General Motors introduced the Turbo-Hydramatic 350 as a new and improved automatic transmission, a successor to the Powerglide. The TH350 could be found under the hood in most GM trucks and rear-wheel drive cars up until the mid-80s, due to its reliability, sturdy build, and compact size.

While small at under 22 inches in length and roughly 120lbs in weight, it was a transmission that at the time packed enough of a punch to drive a Jeep. Typically produced without a torque controller until the TH350-C in ’79, the transmission was eventually succeeded by GM’s 700R4.

The 700R4 made the leap into the four-speed automatic transmission market, introducing overdrive as a new feature for the more fuel-conscious America of the early 80s and beyond. With fuel prices up and the automobile still in hot demand, the 700R4 allowed GM vehicles to ride more efficiently, while incorporating many of the features that made the TH350 so great, including durability and power.

While still being a non-electronic transmission, access to overdrive and general better fuel efficiency allowed the 700R4 to help GM meet stricter emission guidelines, and help save customers money on fuel costs. To this day, aftermarket modifications allow the 700R4 to act as a premium stock transmission to modify and stick into big block racing vehicles without electronic controls.

Designated as a 4L60 in the early 90s (after its 4 speeds, longitudinal positioning and 6000 lbs. GVW), the 700R4 was eventually succeeded by the 4L60E in 1997, GM’s first automatic overdrive transmission with electronic controls. Sporting the same length, weight and overall bellhousing, the main difference between the two was the introduction of electronic controls, and an adapted valve body and actuation system to accompany the new solenoids and actuators.

Different versions of the 4L60E hit the market over the course of its lifetime, differentiated through their tail housing, and presence or lack of removable bellhousing. Due to a change in solenoids and a six-bolt tail shaft, 4L60E transmissions built after 1996 are incompatible and non-interchangeable with older models.

Finally, a stronger updated version of the 4L60E was introduced in 2001 with a five-pinion planetary carrier and improved input shaft. Also sporting a different torque controller, the 4L65E comes with a hardened sun shell and has an overall better potential as a big block performance transmission due to its planetary carrier.

Sporting a five-pinion planetary carrier, a 300mm input shaft over the 4L60E’s 298mm input shaft, and a better 3-4 clutch, the 4L65E comes with the following gear ratios:

Ultimately, the upper limit for the 4L65E even with a lot of tender, loving care is 700hp – anything beyond that is better off swapping for a 4L85E, which although much stronger, is also pricier and more power-hungry.

What Sets the 4L65E Transmission Apart?

Identifying a 4L65E from other similar transmissions, such as the 4L60/700R4 and the 4L60E, takes a little practice and know-how. Despite a thicker input shaft and a different sun shell, identifying the 4L65E without opening it up requires knowledge of the alternate designations for the transmissions (M30 for the 4L60E, M32 for the 4L65E), and a few key cosmetic differences.

Ultimately, your best bet towards identifying a 4L65E is to bring it to a shop. You can check transmission codes, designations and even try and gauge the difference between input shafts, but the key differences are only visible inside the transmission.

The beautiful thing about aftermarket parts is that even a transmission that operates on a mediocre level performance-wise can be brought up to spec with a full redo. When it comes to a custom-built 4L65E transmission, there’s a lot that can be done – from completely replacing and improving the torque converter, to installing new vanes, pump rings, thrust washers, bearings and solenoids.

Replace the input shaft, outfit the tranny with a completely revamped electronic control system and speed sensor, a custom shift kit, better cooler to prevent overheating under pressure and extra capacity pan for up to 14 quarts of transmission fluid, and you’ve got yourself a completely different piece of equipment.

In some respects, a 4L60E might beat out a 4L65E simply because it happened to be what your car came with, or because you got a much better deal for it from the boneyard. Choosing between the two is a matter of circumstance, and budget. If you don’t need the extra power afforded by an extra pinion, jumping to a 4L65E might not be worth it. On the other hand, a heavier build seeking more torque and horsepower would do better with something stronger.