01| The Level 4 Gearstar 4L60E four-speed isn’t much larger than the three-speed TH350 that was original equipment in the ’69 El Camino of Roadkill’s Mike Finnegan – yet it’s much stronger, allows precision adjustment of shift points and firmness, and adds a freeway-friendly 0.70:1 Overdrive. 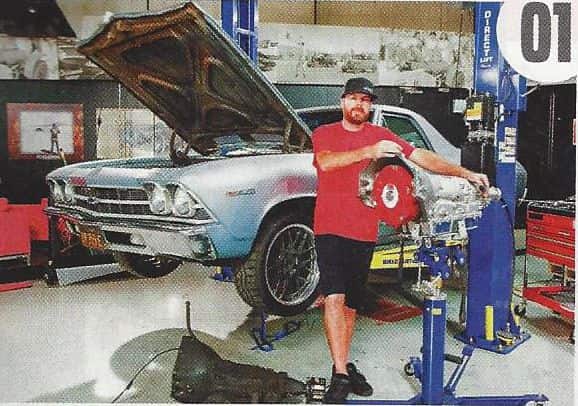 02| First out was the driveshaft. TH350s installed in trucks used a long tailshaft, making them the same overall length as a 700-R4 and 4L60E overdrive, while the TH350 installed in car is shorter. That means this driveshaft will need to be shortened. 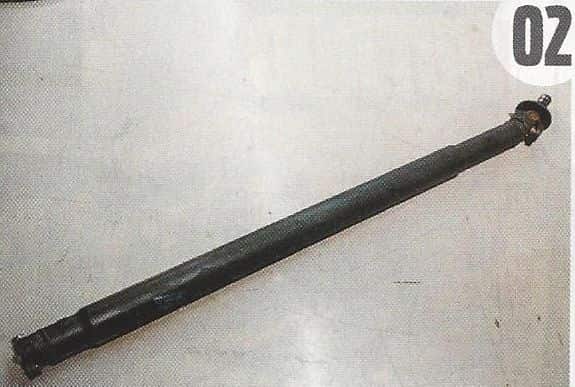 03| Finnegan planned to replace his headers while the car was on the lift, and removing the headers provides a lot of room for the trans to drop down, so those came off next. This was also the point where he removed the linkage and transmissions-fluid lines from the trans case, clamping them back to minimize leakage. 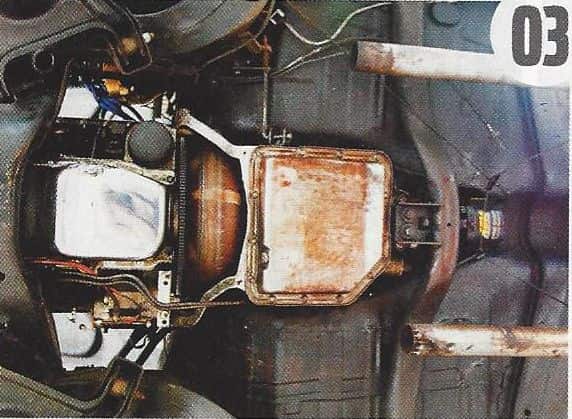 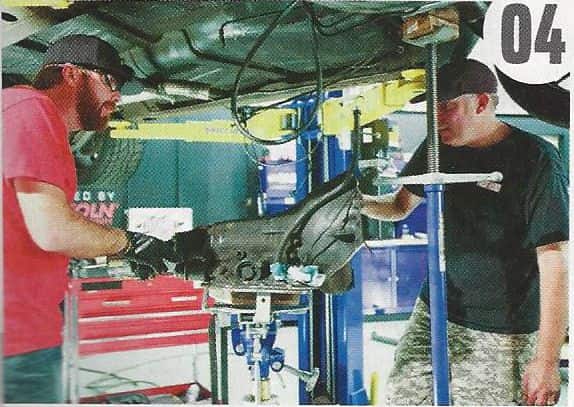 05| One thing that’s very cool about Gearstar is that it send everything. The converter is already installed, you get the right amount of fluid, and there’s a proper dipstick. This 4L60E transmission can handle up to 650 hp and 600 lb-ft of torque, which is plenty for the 383ci small-block currently in the ElCo, and will become necessary if Finnegan installs nitrous. 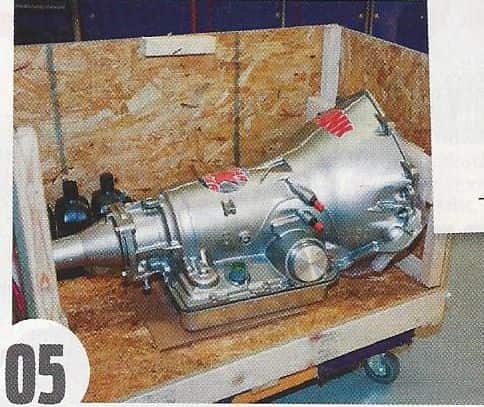 06| Here’s the “E” part of the 4L60E, at least what’s visible. An MSD Atomic Transmission Control Module (TCM) will be the brain of the transmission and will control the valvebody, eliminating the need for a throttle valve cable that you’d find on a 700-R4 or 200-4R. The harness from the MSD TCM plugs into the trans here, at the top of the valvebody. 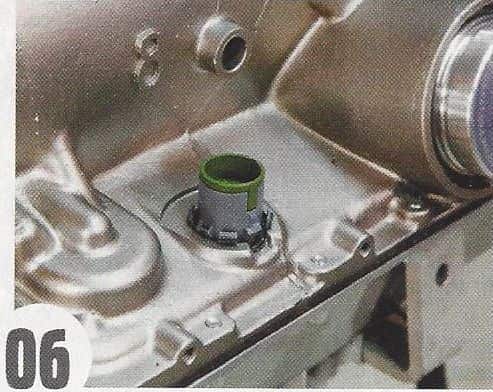 07| There are two 4L60E models: the one-piece case is an early one that came behind conventional small-blocks. The later ones have two-piece case and are used behind LS engines. Gearstar sells both. This is a one-piece. 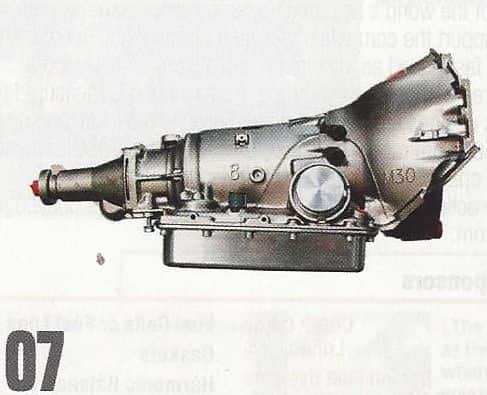 08| The 10-inch billet-cover Yank torque converter features lock-up for better fuel economy and lower fluid temps. Each Gearstar trans in tested with the converter it ships with for the equivalent of 100 miles of driving to ensure that the package is in working order before it leaves the factory. 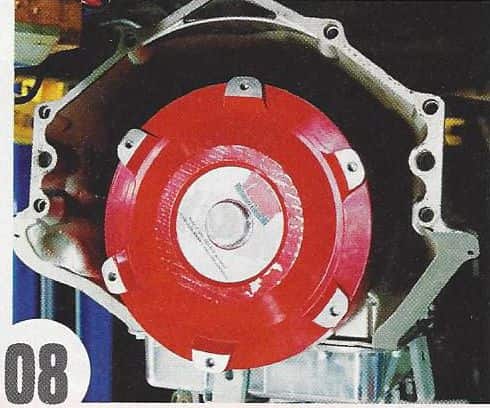 09|The 4L60E replaced the TH350 for ’82 which means its case is very similar in size and should fit anywhere a TH350 did. However, the electronic aspect of the trans reared its head when we checked clearance for the vehicle speed sensor. The sensor uses a long plastic plug that we were able to shorten by a quarter inch, but it still hit the floor. 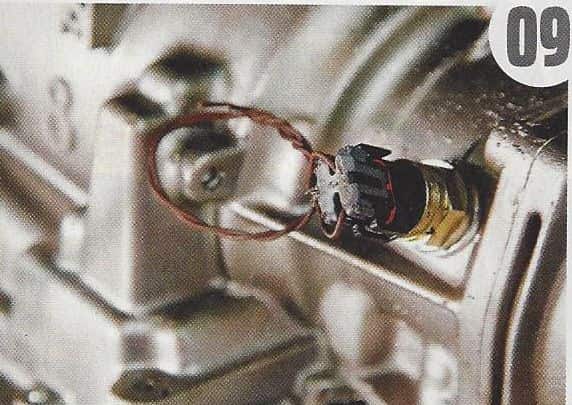 10| Finn’s solution: base the floor for clearance. 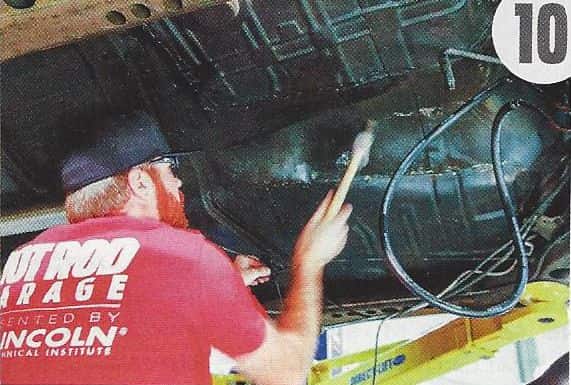 11| Here’s the new Gearstar 4L60E ready to be lifted into place. After lining the input shaft up with the crank, Finnegan slid the new trans into its home under the ElCo and bolted the torque converter to the flywheel. Then came the bellhousing bolts. 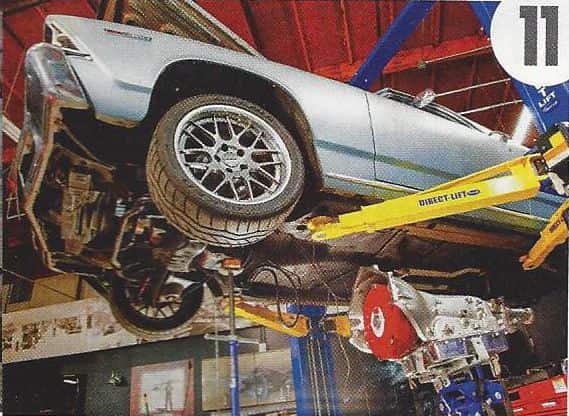 12| Remember how we said the new trans is longer? We needed to slide the trans crossmember back 2 inches. We were able to bolt it to existing holes in the frame by slotting the holes in the original crossmember. 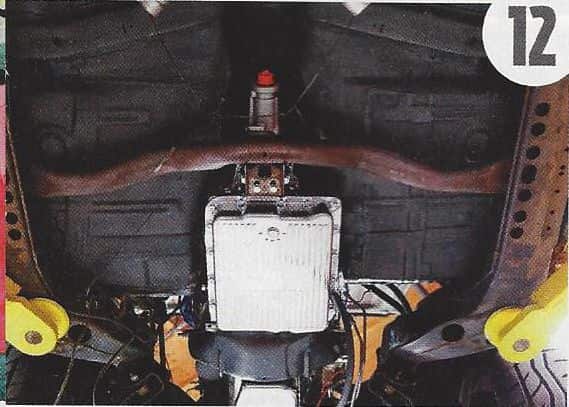 13| Although the trans is computer controlled, it still uses a mechanical linkage. This adjustable Lokar linkage attaches at the same position as the Turbo 350. 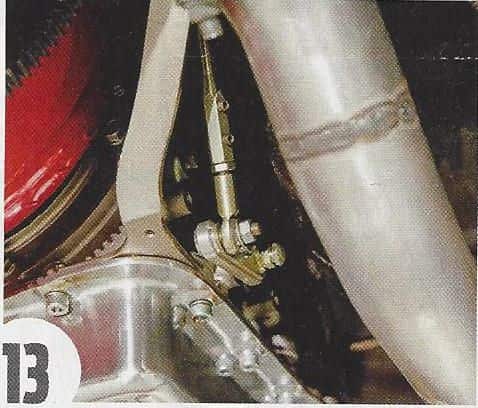 14| WE had the old driveshaft shortened and rebalanced, and it was bolted back in place along with new shorty headers that offer more ground clearance. 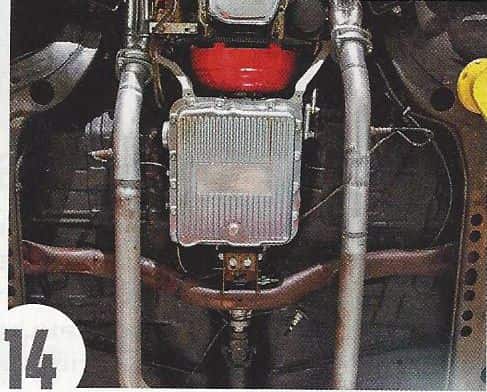 15| Here is the MSD TCM. It’s compact enough to fit just about anywhere. We chose to install it under the dash. 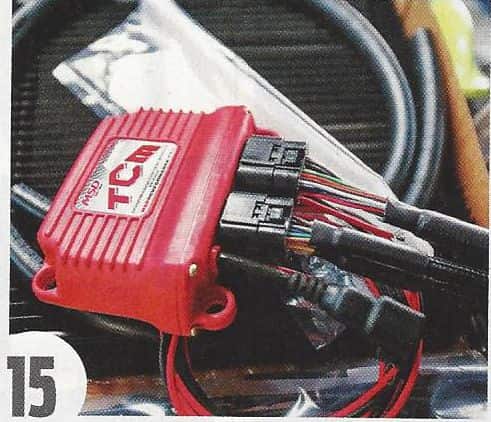 16| MSD’s programmer is easy to use, with a simply joystick controlled user interface that guides you through selecting gear ratio, tire size, and other parameters that will home in on best performance. With the new overdrive, cruising rpm has dropped by 30 percent and it’s much quieter on the freeway. Besides that, the new torque capacity leaves us one less excuse not to install nitrous! 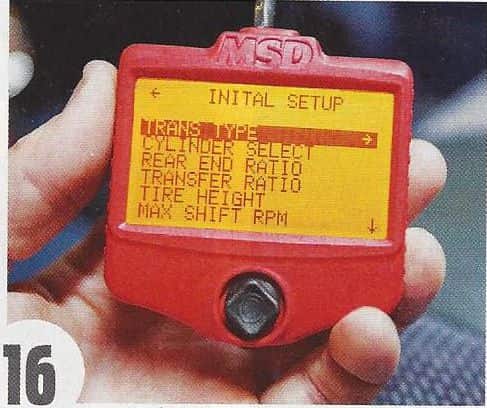