Overview of the 700R4 Transmission 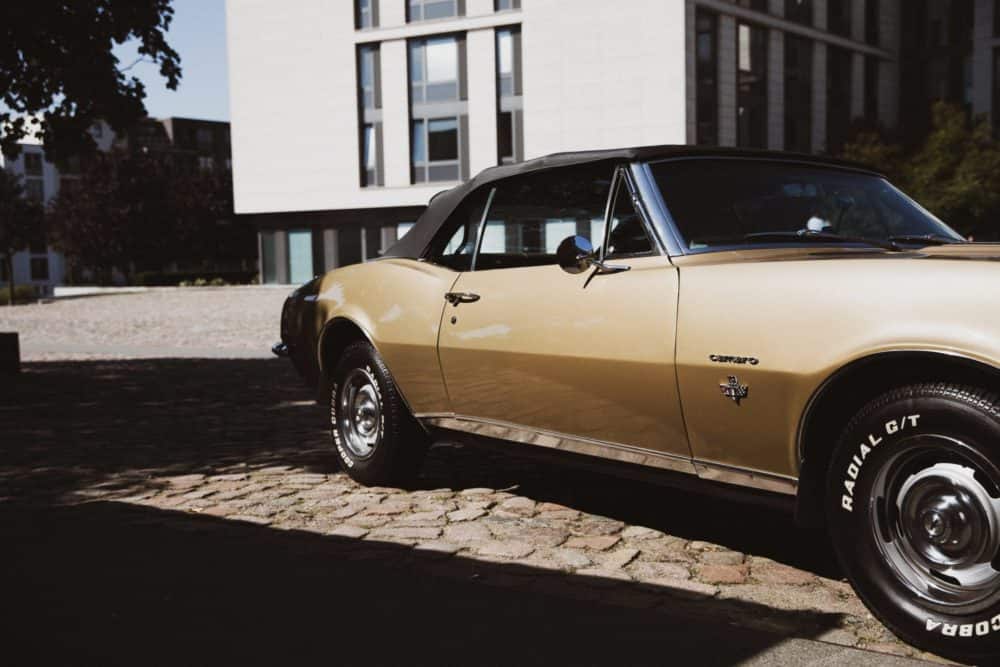 The 700R4 transmission is an automatic transmission that was found in GMC and Chevrolet cars and trucks. It was developed with the aim of improving fuel economy in cars, and it achieved this goal thanks to the overdrive it featured.

Over the years, the transmission has had a change of name, and there have been significant upgrades to its build. We’ve outlined an overview of the 700R4 transmission, its upgrades, problems, and what made it one of the best transmissions in its time.

Also, the 700R4 transmission featured a 30% overdrive in 4th gear which brought about fuel economy. This overdrive allowed sports cars and pickup trucks that came with it to be more affordable to drive.

The 700R4 transmission was used in cars between 1982 and 1993. Specifically, it could be found in trucks and rear-wheel-drive cars including:

The 700R4 transmission is made from cast aluminium, which adds to its sturdiness and ruggedness. It’s 23.4 inches long, weighs 155 pounds, and has 16 bolts. The tail shaft housing is connected to the main case by four bolts, and the bolt spacing is comparable to that of the THM350 transmission. Dimensions of the 700R4 are:

This transmission can store about 11 quarts of transmission fluid and its recommended fluid is DEXRON VI. That aside, there was a K-case 700R4 transmission, and this was the 700R4 with the label K on its case. The transmission case was stronger and thicker since it was designed for heavier 4×4 trucks used for off-roading.

Its lower first gear ratio provides excellent performance for low vehicle speeds. Besides, a 30% overdrive brings about enhanced fuel economy, a reason that can also be attributed to the popularity of the 700R4.

The torque that can be handled by a 700R4 transmission varies depending on its production year. Nonetheless, you can expect a max engine torque around 350 lb-ft and a max gearbox torque of 650 lb-ft.

Like other automatic transmissions, the 700R4 transmission problems are also evident in certain cases. Some of these issues include:

A notable issue of the 700R4 transmission is overheating. Usually, the vehicles that use this transmission produce high power output and are put to extreme use, which could lead to overheating. The overheating of the ATF could cause damage to the internal components of the car. On the other hand, this problem can easily be avoided by installing an auxiliary transmission cooler.

The 700R4 upon its launch featured a 27 spline input shaft (also found on the THM200C and 2004R transmissions). This input shaft was unable to handle much torque; hence, it was not a surprise when it broke down. Nonetheless, 30 spline shafts were used in Chevrolet small-block V8s 1984, and this helped to give this sturdy gearbox more reliability.

Dirty transmission fluid in the 700R4 governor can cause the springs located in the governor to be inoperable. If this happens, the vehicle could experience delayed shifts. However, regular servicing of the 700R4 can keep this problem at bay.

GM renamed the 700R4 to 4L60 (4-speed Longitudinal 6,000 lb GVWR) in 1990, even though it was the same transmission without any significant changes. However, there was an enhancement to the 4L60 in 1993 where it was electronically controlled instead of hydraulically with a TV cable.

Here, electronic controls replaced its hydraulic shifting system, and the transmission was called the 4L60E. It is also worth noting that the 4L60E cannot be easily swapped for the 4L60 since the 4L60E shifts using a powertrain control module (PCM).

Specific updates were made to the 700R4 transmission after its launch. Some of these were:

The 700R4, after being renamed to the 4L60, featured electronic controls that replaced its hydraulic shifting system. This electronic control came with Vehicle Speed Sensor that alerted the engine’s computer of the speed at which the car is moving and when it was time to switch gears. These shifts in gears were then made possible by transmitting a signal to a shift solenoid.

The 700R4 is one of the best automatic transmissions that was launched by General Motors. It was renamed to the 4L60, and the latter also became a popular transmission name. Today, more enhanced transmissions have been launched, and they can still find their roots to the 700R4.

The 700R4’s need to offer fuel economy and enhanced performance were its major selling points, and its ability to be electronically controlled as is the case of the 4l60E made it a force to reckon with. Nonetheless, there are still transmission problems you need to be wary of to ensure your transmission stands the test of time.