What is an Aftermarket Torque Converter? 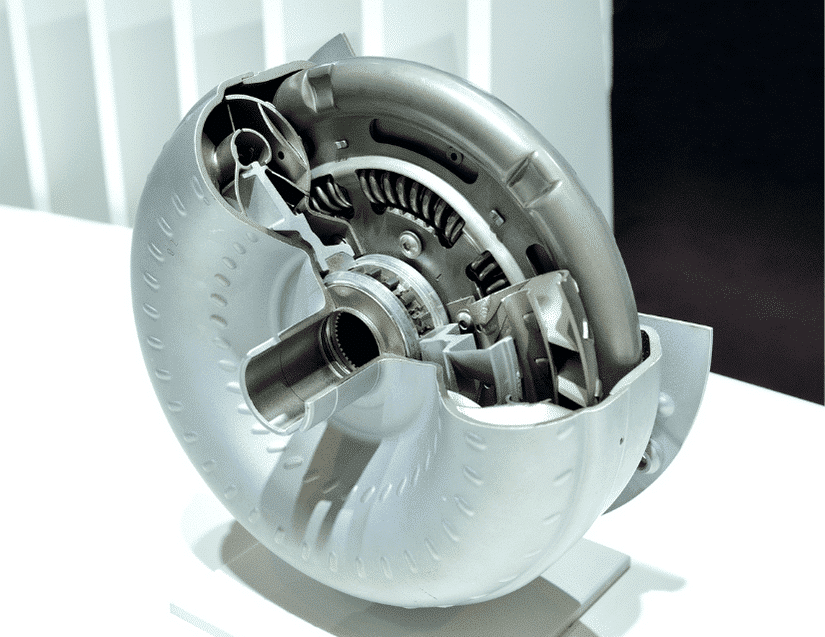 What is an aftermarket torque converter? The torque converter is a vital component of many auto transmission vehicles. It plays a crucial role in starting a vehicle and takes the part of the conventional clutch by readily connecting – and separating – the transmission and engine.

It is the seamless interaction between the torque converter, the hydraulic energy (generated by special fluid), and the engine (with its mechanical kinetic energy) that powers the transmission for automatic driving.

In other words, a torque converter efficiently transfers rotating power from a prime mover right to a rotating driven load. It is the latter that helps in connecting the power source to the load within an automatic transmission.

The major components of a torque converter include:

How Does a Torque Converter Work?

To understand how a torque converter works, highlighting the 3 stages of operation it undergoes is essential. The 3 stages – i.e., stall, acceleration, coupling – are discussed separately.

The ‘stall’ stage of the torque converter’s operation lasts briefly, especially when the load starts moving initially because there will be a considerable difference between the turbine speed and pump.

Coupling gives rise to fuel economy when the lock-up clutch is applied. This is the point at which the turbine achieves up to 90 percent of the impeller’s (an internal component of the torque converter) speed.

At this point, one can liken the operation of the torque converter to that of a simple fluid coupling since torque is no more apparent.

A situation where the load accelerates, but there is a significant difference between the turbine speed, and impeller causes the torque converter to produce torque multiplication that is far lesser than what is available under stall conditions.

However, what determines the amount of multiplication generated is the real difference between the turbine speed and the pump.

What are the Internal Components of a Torque Converter?

The torque converter has 3 major internal components that, without them, the unit cannot operate effectively.

Let’s take a closer – but brief – look at each of these significant internal components of a torque converter:

Stators can be found right in the middle of torque converters. Its primary duty is to redirect the transmission fluid just before it gets into the pump again.

The stator comes with an internal one-way clutch that enables it to freewheel at specific operating speeds. Nevertheless, this internal component is situated on a fixed shaft.

A torque converter’s housing is connected to the engine’s flywheel while, on the contrary, the fins of the pump link to the housing. The pump spins and then pushes the fluid in an outward motion, operating like a centrifugal pump.

When the pump operates, it helps in creating a vacuum that conveniently attracts even more transmission fluid toward the torque’s center, and then it enters the turbine straightaway.

An aftermarket torque converter has several benefits that many other spare parts don’t bring to the table.

A few aftermarket torque converters come equipped with what is referred to as a ‘lockup’ contraption. The primary job of this mechanism is to readily bind the vehicle engine to the transmission in a rigid manner when their speeds are nearly equivalent.

This is the operation that prevents loss of efficiency and incredibly high levels of slippage.

The lockup mechanism’s action also helps to significantly boost fuel efficiency – even up to 65 percent – while simultaneously eliminating wasted power.

However, uninterrupted high levels of slippage could make it somewhat tricky for the torque converter to readily disperse heat.

When a torque converter cannot dissipate heat, it damages the elastomer seals. These seals are primarily responsible for retaining or sustaining fluid within the torque converter.

Over time, the fluid within the torque converter starts leaking, and when there is no more fluid within it, the machine stops working altogether.

A regular fluid coupling and an aftermarket torque converter do not perform the same way. The former’s primary responsibility involves matching the rotational speed but cannot multiply torque.

On the other hand, an aftermarket torque converter quickly multiplies torque, especially in situations in which output rotational speed is meager. In such cases, fluid from the turbine’s curved vanes deflects off the stator.

Furthermore, fluid deflection can only occur when the stator is temporarily locked against its one-way clutch. This results in something equivalent to a reduction gear.

Torque multiplication can also come about when there is a significant difference between both input and output speeds.